A member of the prestigious Leading Hotels of the World since 2007, the 5-star Balneario Las Arenas Resort was constructed on the grounds of Valencia’s historic luxury Spa complext dating back to the early 19th century. 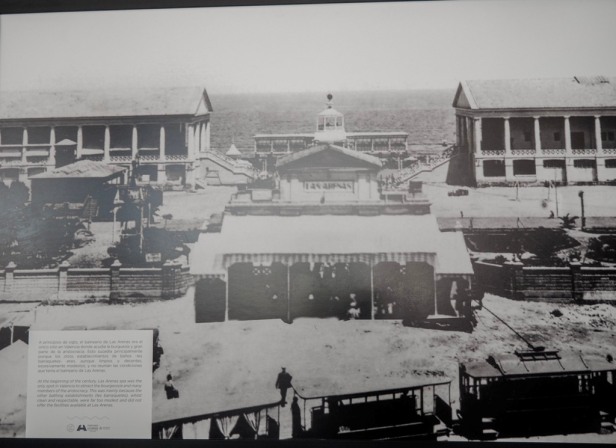 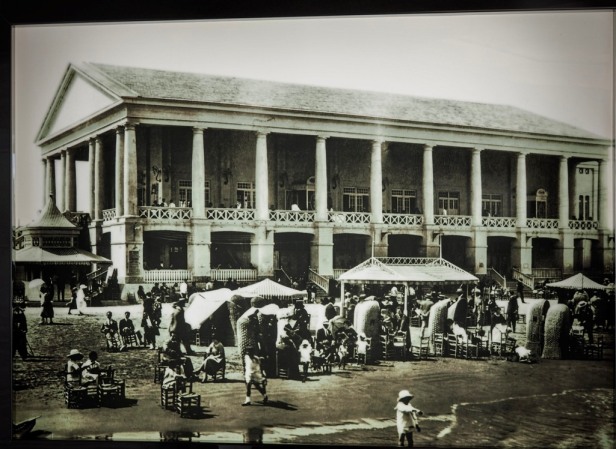 The lavish original Las Arenas spa not only offered treatment against traumatisms, arthritis and nervous diseases. It was also a local hot spot for early beach enthusiasts and party-goers, with amenities including a restaurant, American Bar, grillroom, a summer cinema and in the evenings live music during the summer months. 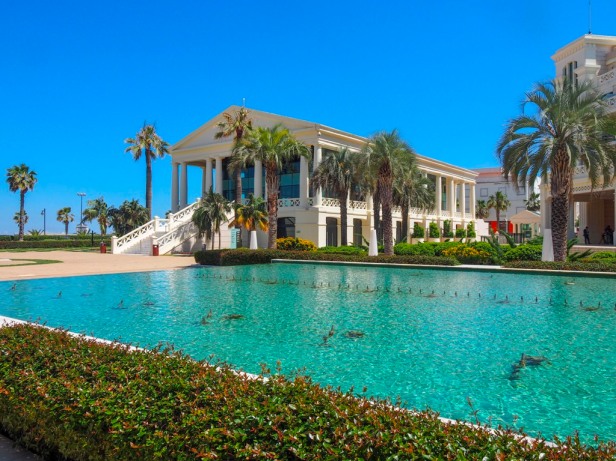 Most of the site’s original buildings were destroyed during the Spanish Civil War, except for one of the old colonnade buildings and the pool area. Today’s Balneario Las Arenas was built in an extensive restoration and redevelopment process that carefully followed the original design and style of the old Spa.

It is this retro-style feeling that makes the place extra-special today, whilst offering all the modern amenities and services you would expect to find in a modern luxury hotel. 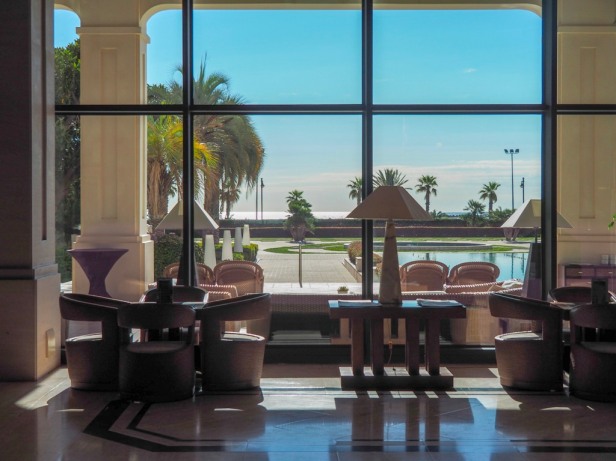 This impression is immediately evident once you step inside the large, light-filled lobby. The marble clad hall with floor-to-ceiling windows opening the view over the hotel’s large garden area and further onto the huge beachfront and Mediterranean sea perfectly anticipates what you can expect from the rest of the hotel.

With the light changing throughout the day according to the position of the sun, creating the most beautiful reflections towards the late afternoon, the huge comfortable plush sofas and rattan chairs are the perfect place to set down for a pre-dinner drink before you head to the on-site restaurant or into town for diner. 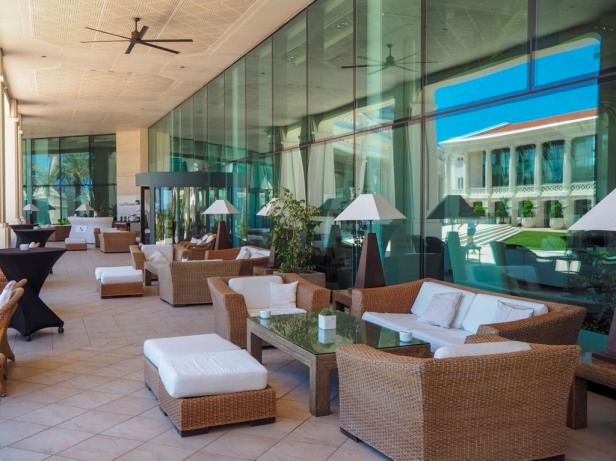 If you prefer, you can also have your drink outside at the little terrace directly in front of the ‘Mirador del Mediterraneo’ the large fountain that overlooks the garden and beachfront. 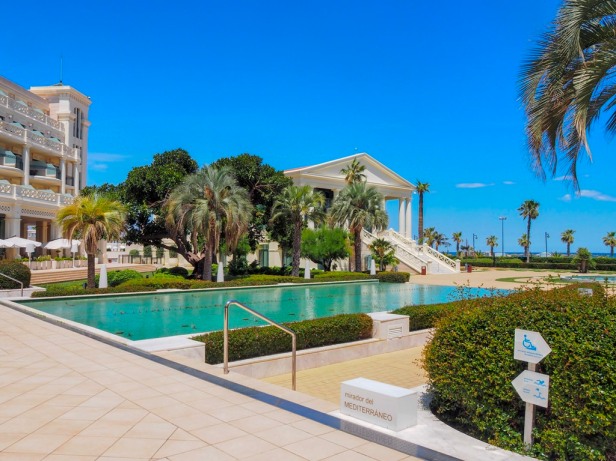 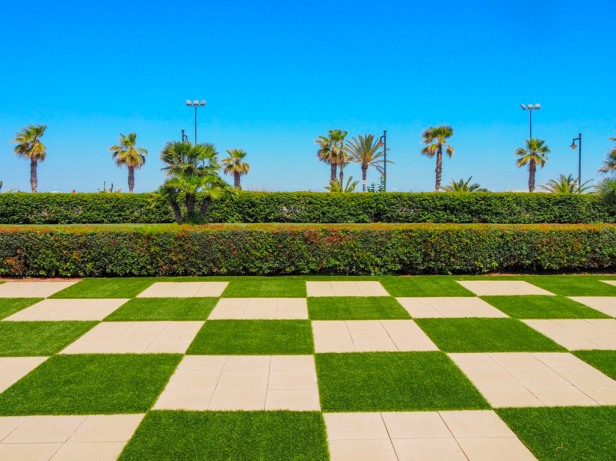 The huge garden area is just splendid and hosts the two colonnade buildings which today are dedicated to events and conventions (the hotel is the city’s largest convention area with many events during the week, and popular for weddings at the weekend). 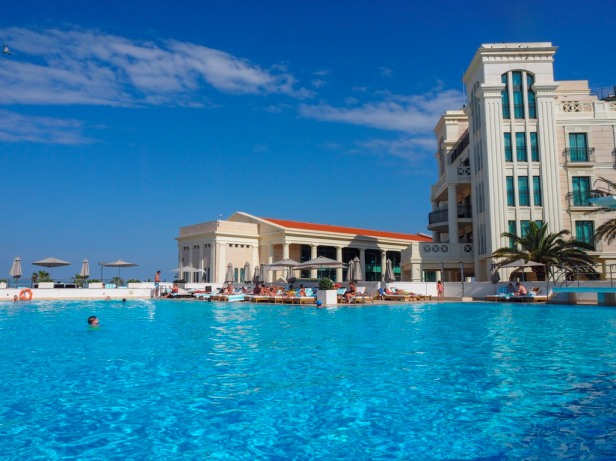 The pool area including a 33-metre pool on the upper level and a children’s pool and solarium area on ground level was originally built in the early 1930s. It was restored meticulously following the old design, including an old diving board that today is merely decoration as it is no longer complying to the latest safety regulations.

In case you prefer to stay away from the hustle and bustle around the two pools, just opposite the pool area is a lovely little angle of the garden equipped with sun loungers.

Or you can head outside to the huge beach just in front of the hotel.

There are 253 rooms and suites in the hotel and we opted for a Deluxe sea-view room. It followed a typical Mediterranean design with a largely neutral colour scheme of white, cream and wood, and for Southern European standards (read: often fairly small rooms) it was actually spacious, and light-filled thanks to the large floor-to-ceiling glass doors. 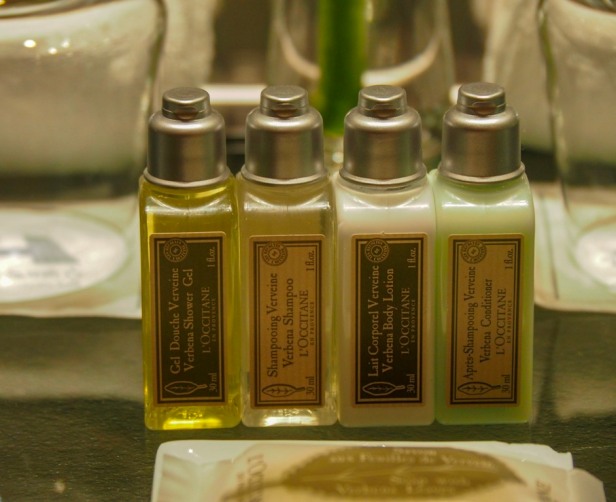 The bathroom was relatively spacious too – whilst the shower cubicle was rather smallish in comparison – and stuffed with toiletries from L’Occitane.

The view over the garden and beachfront from the terrace was absolutely spectacular and we even got the see some fireworks on the first night.

Food options at Balneario Las Areans include a small pool-side bar if you fancy some snacks while relaxing at the pool (or beach) during the day.

Meanwhile, La Sorella Brasserie is open from 11am to 11pm and serves traditional local (Spanish/Mediterranean) cuisine, which is one of my favourite, and everything we ate was absolutely delicious.

I can’t resist ordering Spanish Bellota ham when it’s on the menu and the generous serving was just divine. 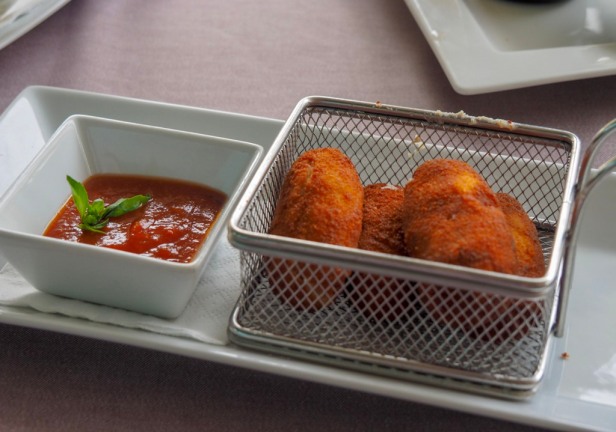 Likewise, I am a huge fan of Spanish tapas and the menu includes some of the most traditional, including the famous Iberian ham croquettes and delicious prawn tails in garlic oil. 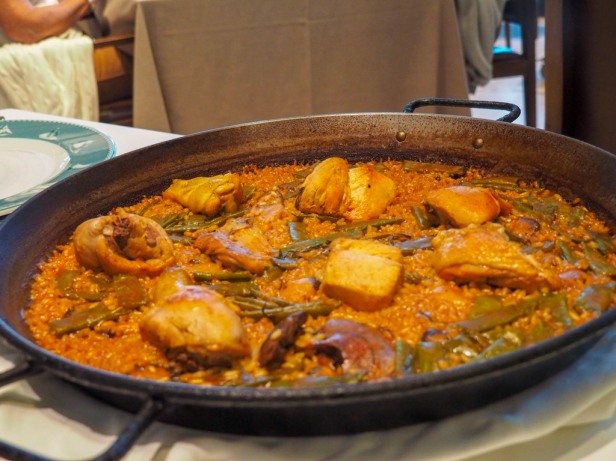 And being at the birthplace of paella we had to order the real thing: that is not the typical paella with seafood and chorizo that most will consider being the traditional recipe. Instead we learned the original is made with chicken, rabbit and beans. Usually, I am not a huge fan of paella, but I had to eat it at least once being at the place it was invented, and I truly enjoyed the one served at La Sorella. 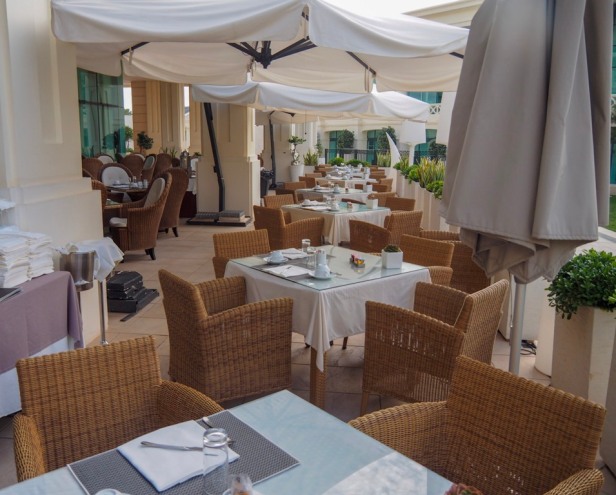 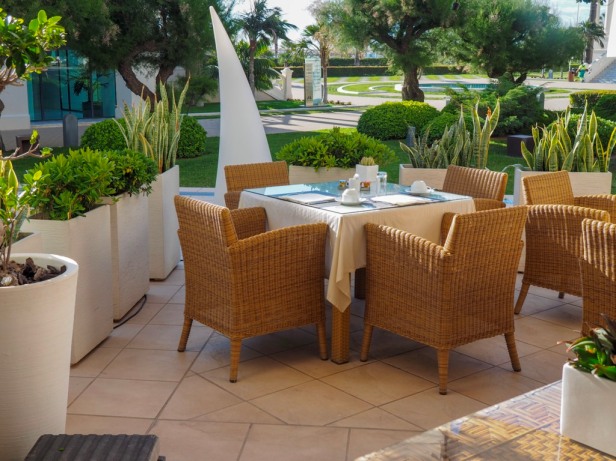 Breakfast is served at La Sorella as well and usually enjoyed on the terrace on warmer days. 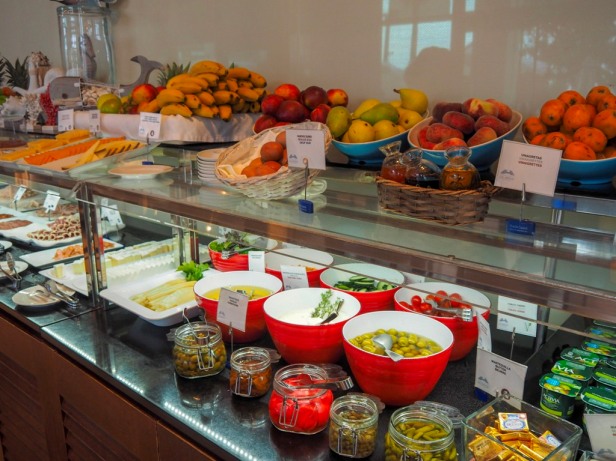 As typical for Spain, there was a huge range of sweets on the large breakfast buffet, but also any kind of fresh fruit, hams and chorizo, a large selection of cheeses, yoghurts and smoothies. 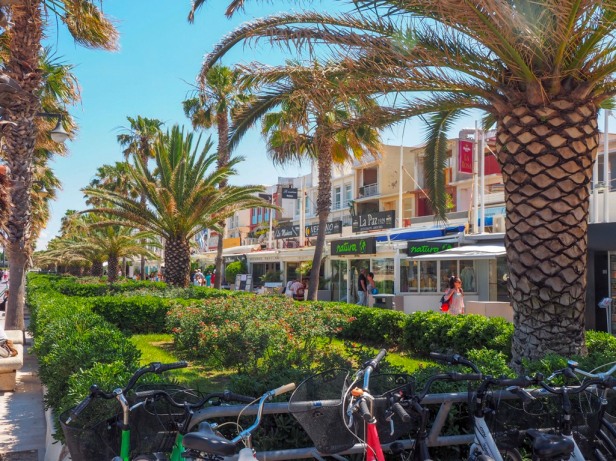 Located directly on the beach promenade of Malvarrosa beach, a three kilometre stretch the extends some 150 metres in width – enough space it does not even feel overcrowded during the summer months – Balneario La Areans is perfect for everybody who loves the beach but wants to have a city with lots of history, culture and other leisure activities nearby.

One of the most stunning half-timbered historic houses in the Kaiserstuhl area close to Freiburg in southwestern Germany. The building, which is called ‘Zu den fünf Türmen’ (to the five towers) located in the small town of Burkheim once used to be an inn. Today it's a private home, but remains one of the main attractions in the area.
The Venetian Carniavl or Carnivale di Venezia kicked off this past weekend, running until the 21th (Shrove Tuesday). It's the time when you can see historic costumes, including the famous Venetian masks, worn during the Middle Ages by the Venetian royality during the carnival season so they could walk among the commoners without being recognized.
Saint Agata of Sicily, the patron saint of Catania is celebrated each year from 3rd to 5th February with a large festival taking place in the streets of Catania.
Looking forward to the warmer spring days to return to German wine country.
Happy National Hot Chocolate Day! You are probably familiar with Irish Coffee. But did you ever try an Irish Hot Chocolate?
Planning a trip to Turin this year? If you do, you must explore the amazing local coffee houses. Yes, that's right. Though typically associated with Vienna, the capital city of Piedmont is particularly famous for its local chocolate and coffee culture.
Loading Comments...
%d bloggers like this: