There are places that seem to be out of this world. Or it might be me and my obsession with futuristic architecture. When a location spots a design totally out of the ordinary, with unusual looks, material, angles and lines I can’t help but get all excited.

The City of Arts and Sciences in Valencia, Spain’s third largest city, is such a place. I could spend ages here wandering around and admiring the amazing structures. But the place is not only about the buildings. It is one of the largest cultural and scientific complexes in Europe and one of the twelve treasures of Spain.

It is located just about two kilometres from the historic town centre of Valencia along the old riverbed of the Turia river which after a severe flooding in the late 1950s was turned into a lovely park of some nine kilometres in length.

Designed by star architects Santiago Calatrava (a Valencia native) and Felix Candela, work at the City of Arts and Sciences started in 1996 and the first building was completed in 1998. But look at the complex today and it still feels like it belongs far into the future. That certainly tells something about the imagination of the architects. 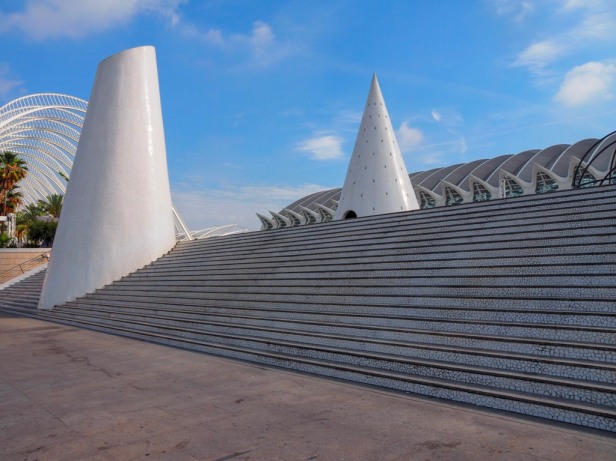 The complex is made up of a number of different buildings that are home to various museums, an opera and a large oceanographic park.

The museums and the Oceanographic are open from 10am and depending on the season will close between 7 pm and 9 pm. You can find the exact timetable here.

However, make sure you come early to get the chance to wander around and admire the buildings and surrounding area without the crowds. 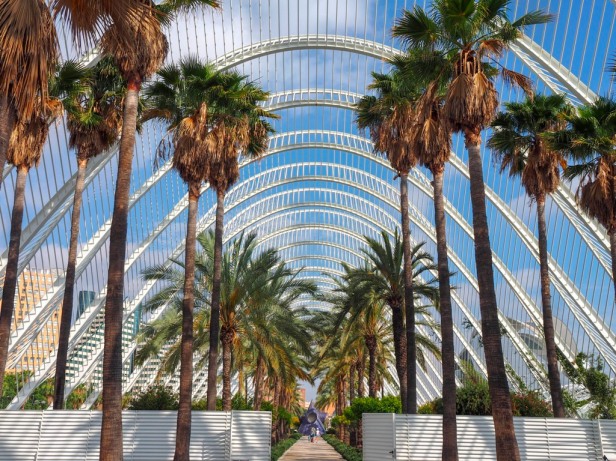 Entering from the southern side of the complex, directly behind a square hosting a number of science sculptures, what immediately captures your view is a beautiful shaded little park named the L’umbracle. It is planted with indigenous plants from Valencia like rockrose, rosemary, lavender, honeysuckle, bougainvillea and lots of palm trees. It spans the whole length of the upper boardwalk overlooking the City of Arts and Sciences. The most captivating aspect is the white arch structure that seems to float above the palm trees. 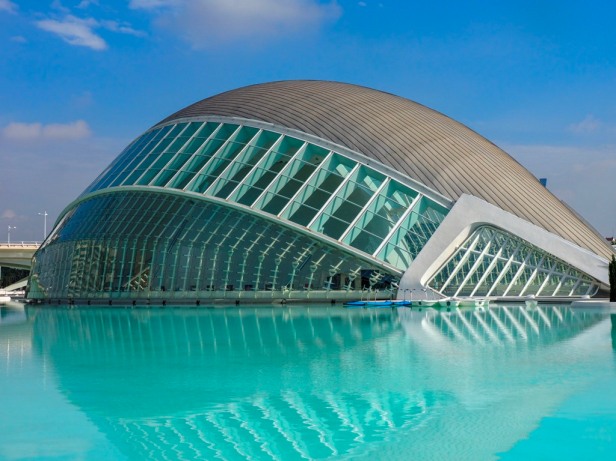 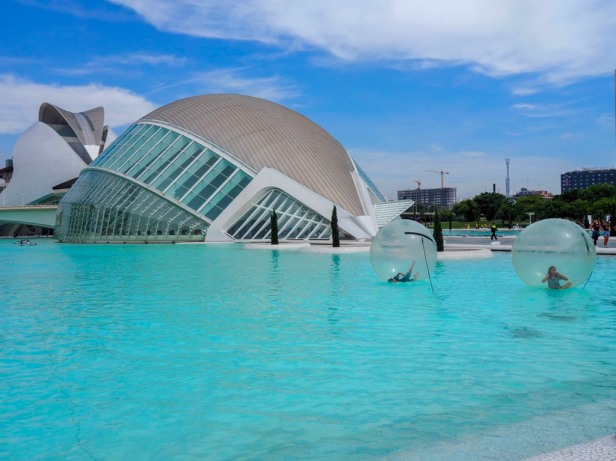 The first building completed, the Hemisferic is also known as the planetarium or as the locals refer to it as the ‘eye of knowledge’. Looking at the structure, you will immediately understand why it’s called this. The shape of the building lets you immediately think of an eyelid. If you come when it’s dark and the building is illuminated, that impression will be even more evident with the structure mirrored in the water. Otherwise, during the day you can canoe or do stand-up paddling on the little lake surrounding the building or have some fun with the large balls floating in the water.

Perhaps my favourite building was the Museum of Sciences Principe Felipe. It is an interactive museum of science – the biggest science museum in Spain – that wants to showcase science in a fun and entertaining way. The building itself, depending on the angle you look at it, resembles the skeleton of a whale. The museum operates according to the slogan prohibido no tocar, no sentir, no pensar which means differently to other museums where visitors are not allowed to touch any of the exhibitions, here you are invited to touch, feel and think. The exhibitions are presented in a fund and easy way, encouraging the visitor to take part in the exploration of various topics such as the Zero gravity where you will be given the impression to look back on the earth from the atmosphere just like an astronaut. Totally amazing!

The opera house – El Palau de les Arts Reina Sofia – is dedicated to music and scenic arts. The building not only looks futuristic, it is also equipped with the latest, state-of-the-art technology and spots a 1,500 sq m stage! So no wonder it has become one of Spain’s most important centre for artistic events. 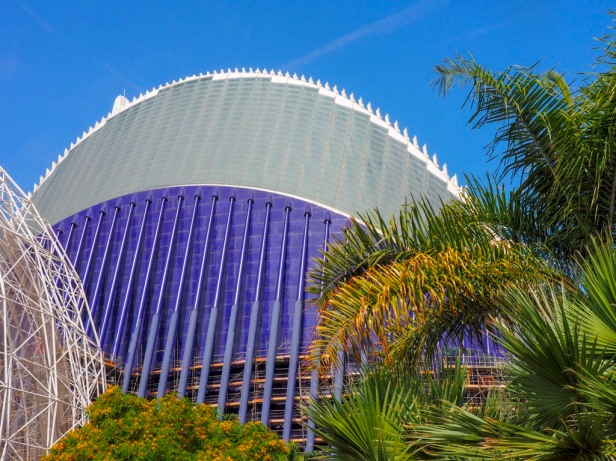 L’Agora is a space dedicated to various events and happenings like conventions, concerts, congresses or sports events. Its large interior was built like a covered public square.

The Oceanographic is Europe’s largest aquarium (and the third largest globally) with 110,000 sq m, 42 million litres of water and more than 500 species. The building in the middle of its area is build like a water lily. It also hosts an underwater restaurant. 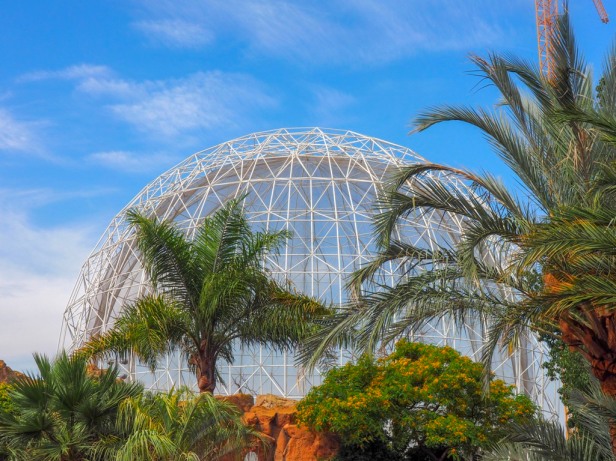 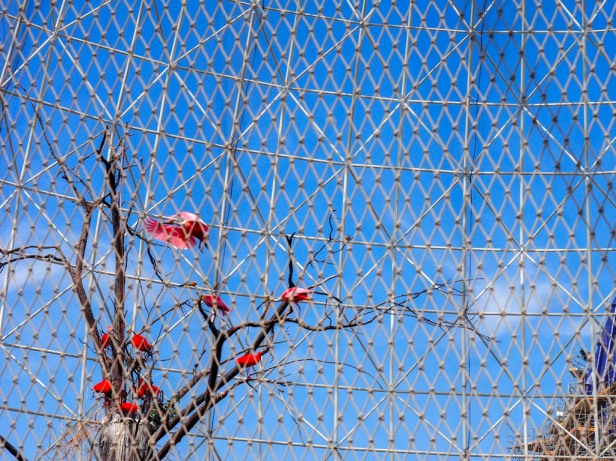 Each of the various buildings of the Oceanographic reflects different aquatic environments from the Mediterranean to Tropical and Arctic regions. Expect to see the amazing belugas, dolphins, jellyfish, sea urchins, walruses, sea lions, seals, penguins, sharks, turtles and lots of different birds.