There is barely any area in the world more beautiful and exciting as the Garden Route in South Africa, a 300 kilometre stretch along the Western and Eastern Cape from Mossel Bay to Storms River.

With lots of possibilities where to stop and stay, Knysna and Plettenberg Bay are two of my favourite spots. Both offer many attractions and it is worth to stay overnight in either in order to better explore the two towns and their surroundings.

That said, both are located just about half an hour drive from each other and many of the activities in the wider area can be easily done from either location.

Nestled around the stunning Knysna lagoon, famous for its impressive Knysna Heads, this little seaside town is also known as the oyster capital of the world. There is even an Oyster festival, held each year over a 10 day period typically towards the end of June.

Along the main road (N2) you will find lots of coffee shops, art galleries and beautiful small gift shops.

Head down to the Waterfront area and there are even more art galleries and gift shops around the main square and wandering a bit further down to the edge of the water, several restaurants and bars.

This is no doubt the main attraction. The little town is nestled around the lagoon and wherever you stay in Knysna you will be never far away.

Just watching the tide get in and out of the lagoon and the changing colours of the water and the surrounding areas throughout the day are already worth a visit alone. 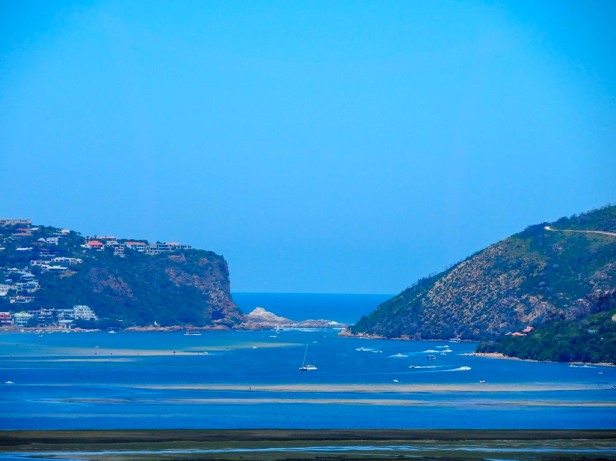 Next to the oysters, Knysna is perhaps best known for the stunning Knysna Heads, the giant sandstone cliffs where the lagoon connects into the Indian Ocean.

You can experience the Heads by either driving to the public lookout on the Eastern Head from where you will get exiting views over the lagoon.

Yet more exiting might be to hop on a boat to experience the Heads from the water. There are several cruises during the day, all starting from the waterfront, including a sunset tour, a catamaran tour or the three legs cruise which includes the Knysna Heads, Island Rock and Otter Cove.

This South African Heritage Site is a privately owned reserve located on a protected area of the Western Knysna Head. It’s accessible via a ferry ride only and being a protected area means only a limited number of guests are allowed to visit each day on a guided tour.

The tour includes a drive to the top of the head from where you will get a splendid view over the lagoon and the Indian Ocean on the other side, and a walk to the ancient Khoi San sea caves.

Technically, Knysna Elephant Park is located much closer to Plettenberg Bay than Knysna, just off the N2 about 8 kilometres from Plettenberg. However, being associated closely with the Knysna area, I’ve included it here.

The story of the Knysna elephants is one well known in the area and actually tells a very sad story about indigenous wildlife and the settlement of humans in the area.  Large herds of elephants originally living across the Cape Peninsular and along the Garden Route were either hunted down or forced to retreat further into the forests as settlements grow. Today, it is believed only one old male elephant is still living freely in the Knysna area.

Knysna Elephant Park instead – internationally recognized to be one of the best captive elephant locations in the world – is home to orphaned, abandoned and abused elephants. Although the park offers visitors several opportunities to engage with the elephants, they are allowed as much freedom to live in their typical natural environment and interactions are limited and closely watched by experienced rangers.

In fact, the town is getting packed towards the end of December and into January, which is the main summer holiday season in South Africa. 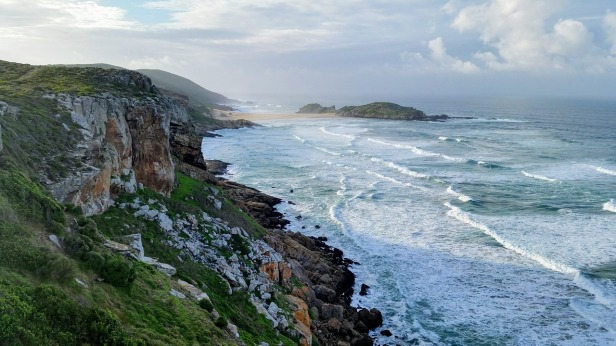 Just a few kilometres outside Plettenberg, this is the ideal place to hike along the beach viewing seals and ancient caves along the way.

There are three different trails leading through the area, starting with a two kilometres long hike down to The Gap (the smallest point along the peninsula from where you can see water on both sides), a four kilometre hike to the Witsand sand dune and an 11 kilometre full cycle hike.

Make sure to wear appropriate clothes and sun protection, as the area is fairly exposed and you will not find a lot of shade during a sunny day. 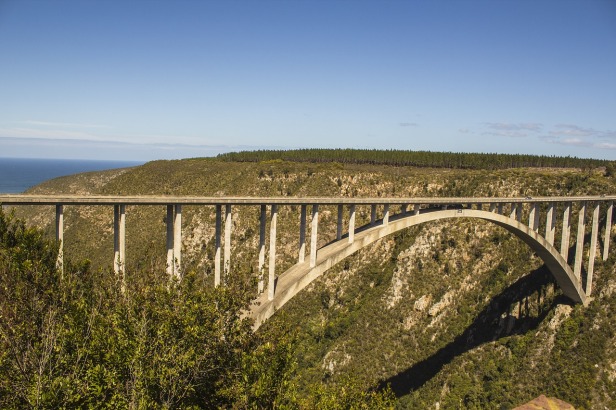 At over 200 metres, this is both the highest bridge in Africa as well as one of the highest one in the world for bungee jumping.

If you visit, take into account the bridge is quite popular with bungee jumpers and depending on the time of the year, there can be fairly large crowds.

This is the ultimate place for all those who are mad about outdoor adventures of any type. From hiking to mountain biking, zip lining, swimming, kayaking and diving, the vast area of the Tsitsikamma National Park offers something for everyone.

The perhaps most famous hiking trail of the area is Otter Trail. It is a five-day, four-nights trail fairly demanding hike, so there are some restrictions, i.e. a minimum age of 12 and a maximum age of 65. You also need to make a booking in advance as the trail is not freely accessible and there are limitations in daily hiker allowed on the trail.

Various wildlife encounters at The Crags

Located along N2 around 15 minutes from Plettenberg (19 kilometres), the Crags is an area that is home to a number of different wildlife sanctuaries. 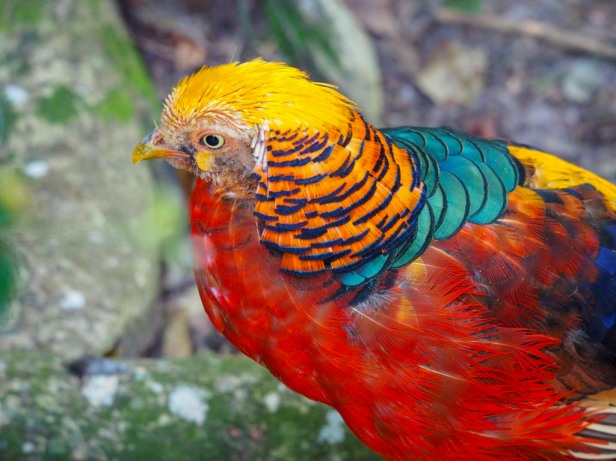 Located in close proximity to each other, you will find Elephant Sanctuary, Monkeyland Primate Sanctuary, Birds of Eden (the largest free flight enclosure in the world), Tenikwa Wildlife Awareness Centre and several others. 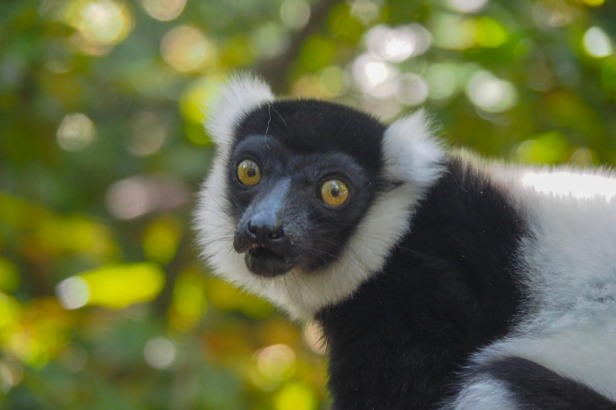 Many of the animals now living in the area were rescued from zoos or even people holding them as pets. 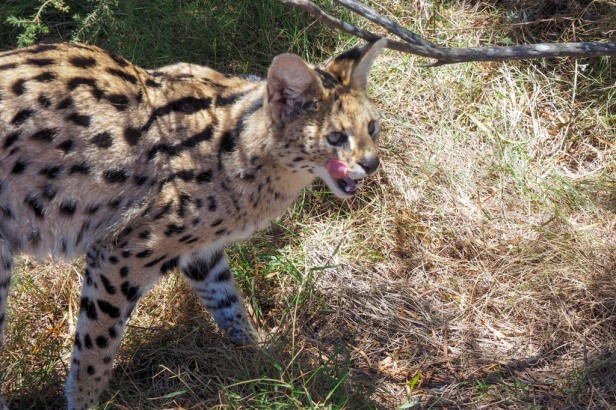 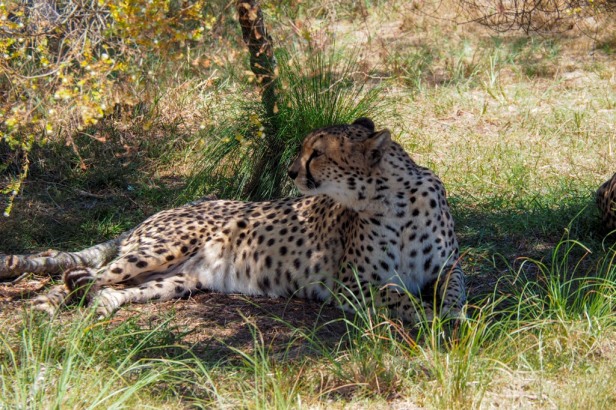 Depending on the time of your visit, Plettenberg Bay is also a prime spot for whale watching. Between June and September, the area becomes a breeding location for humpback and southern right whales.

Explore the up and coming wine region of Plettenberg Bay

The emerging Plettenberg Bay wine of origin region is a fairly new addition to the acclaimed South African Cape Winelands. Local wineries are typically small, family-owned and managed estates which nonetheless do not have to fear comparison with the better-known wine farms around the acclaimed Stellenbosch and Constantia areas.

The new ‘Wine of Origin Plettenberg Bay Region’ is actually touted the up and coming future champagne-style wine region of South Africa thanks to the area’s geography and cooler climate conditions that are particularly favourable to growing Chardonnay and Pinot Noir grapes for the production of Methode Cap Classique wines.

Have you been to Knysna and Plettenberg Bay yet? Let me know about your experience.

Happy Champagne Day! Have you opened a bottle yet?
On my list: travelling the Cider Route in Normandy, France.
Classic Italian bruschetta (bread drizzeled with olive oil and topped with tomatoes and basil) are my fav appetizer. Unless pumpkins are in season. Than I am making these pumpkin bruschetta with mascarpone and bacon on repeat.
Be careful, you could get drunk from this soup. 🥄🥄🥄
Did you know there are more than 4,000 types of potatoes? One of them is a bright purple variety that will make your food look absolutely stunning.
Not that any excuse is needed, but it's International Chocolate Day and that calls for some chocolate indulgence.
Loading Comments...
%d bloggers like this: