There is a new trend slowly but surely winning over the world of wine and spirits – no alcohol.

Yes, I hear you. I must confess, I have been sceptical too. Could the taste and quality of a wine or spirit (mainly gin at that point) be really the same if you take out the alcohol content?

Many believe it is not possible. At least if you want to get close to the ‘real stuff’ in terms of taste. Perhaps proofed right by some of the early products on the market.

I mean, personally I don’t mind getting rid of alcohol. I am drinking for the pleasure of the taste, not because of the booze.

I am not alone with this opinion. The desire to have a nice, refreshing drink when at the same time you might not want or can’t drink alcohol – for example when you have to drive afterwards – is prompting more and more people to turn to non-alcoholic alternatives.

With more non-alcoholic spirits coming onto the market getting excellent reviews, I have decided it is about time to make the plunge myself and try some of the stuff that’s out there myself.

After doing some research, and the warmer summer temperatures the ideal time for a refreshing cocktail rather than a glass of wine, I’ve opted to go with Seedlip non-alcoholic spirits. That way, I could try a couple of different cocktails and find out if I was on to something here.

UK-based Seedlip is said to have been the first producer in the world creating non-alcoholic drinks through distilling.

Their spirits are made from more than 300-year-old recipes for distilled medicines and the production process is indeed similar to the traditional production of gin. It takes six weeks and follows the steps of maceration, distillation, filtration and blending (albeit not fermentation). Each of the botanicals used for the different spirits are distilled individually in copper pot stills and before blending them together, the alcohol content is removed.

Since the first spirits came to the market in 2015, Seedlip has made its way into the international bar and restaurant scene. In fact, ask the bartender at such famous locations like The Dead Rabbit in New York for a non-alcoholic cocktail and you will most likely be served something based on one of the three different Seedlip flavour varieties.

Seedlip currently offers three different flavour varieties: Grove 42, Spice 94, and Garden 108. All three are can be used as substitutes for a range of different spirits. That said, they are perhaps best for being used instead of gin or vodka as on their own they are most similar to these two spirits.

Given I did not know what to expect and the spirits do not sell cheaply (a 0.7 l bottle will cost you somewhere around €29 to €33), I opted for two out of the three main varieties: Grove 42 and Spice. 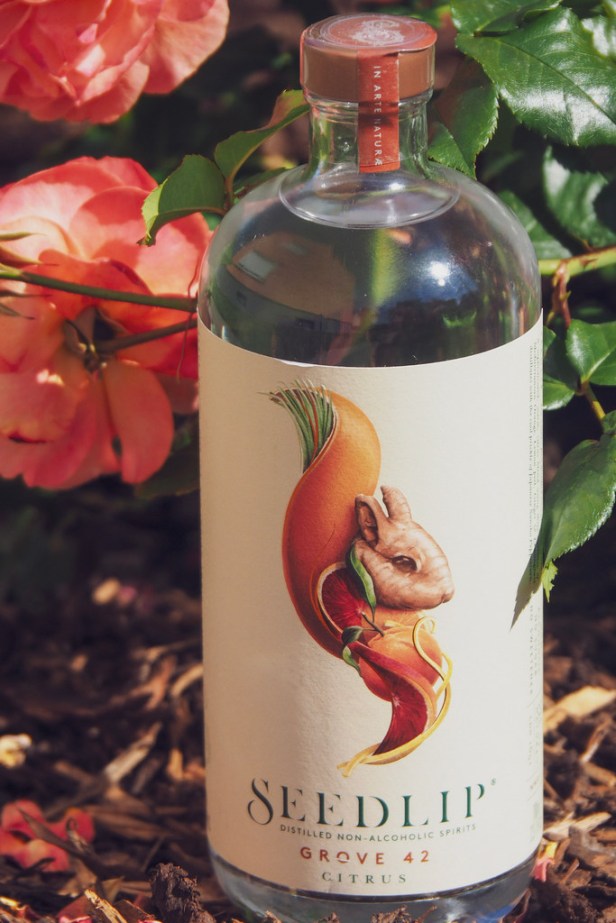 Grove 42 is a blend of citrus and spice. On the nose, it has notes of orange zest and ginger spice with hints of lemon and lime. On the palate, the citrus and floral notes dominate. 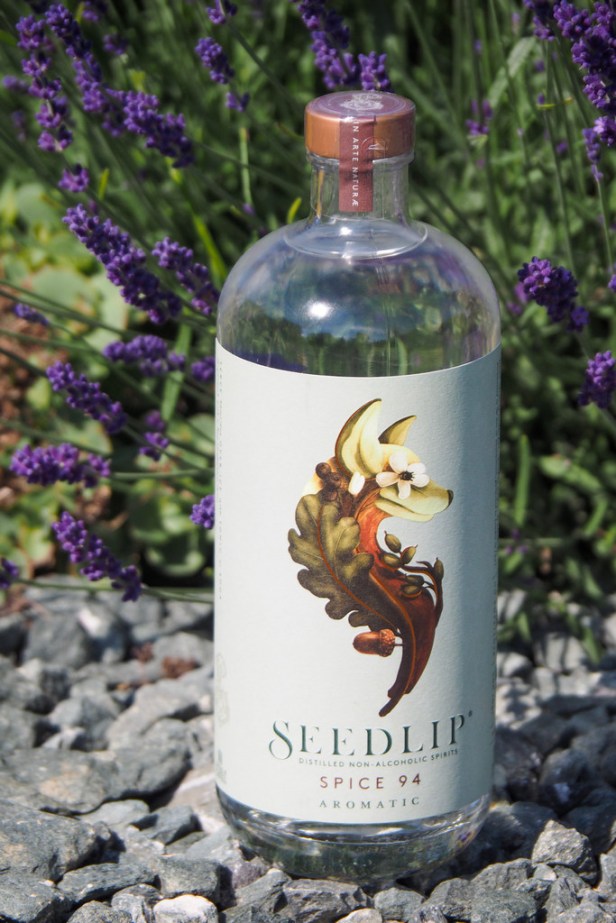 Meanwhile, Spice boasts a flavour profile based on clove, lemon, and grapefruit. On the nose, the first impression is an aroma of clove and nutmeg, followed by subtler notes of citrus. On the palate, it is predominantly clove and allspice with a lingering of citrus.

To be honest, after trying the two versions on their own to get an idea of the taste, I would not go back to drink them pure. Though they are not unpleasant, they are not really making a big impression on their own.

When you start mixing them, either in a gin and tonic style or using them as substitutes for a variety of cocktails, that was where I really started to enjoy them.

Just take a look at the cocktail section of the brand’s website. Here, you will find a number of classic cocktails like Negroni, Margarita, Cosmopolitan or Mimosa that can be easily re-created using one of the three Seedlip varieties.

Would I call Seedlip a spirit? Probably not. Whilst the production process is similar to producing gin, it is not a drink I would want to sip on its own.

Would I recommend buying it?

Well, I had a lot of fun trying a variety of cocktails with the two varieties. Especially Grove turned out to be a really nice base for a range of light, refreshing summer cocktails. Indeed, I liked the Cosmopolitan version from Seedlip’s website, a cocktail which is usually not one of my favourites in the original ‘alcohol’ version.

If you don’t mind spending around €30 for a bottle, I definitely say you should go for it and play around with it. Especially now as the warmer summer days are ideal for cocktails, you might welcome the opportunity to have a non-alcoholic version allowing you to mix that extra cocktail without any guilt.

With more than 20,000 castles in Germany, there is plenty to chose from. Definitely was in love with the stunning Marienberg Fortress towering over the city of Würzburg, especially its many hidden corners.
Small but beautiful. Don't miss the lovely Fürstengarten (princes garden) at Marienburg Fortress, along with the stunning views over Würzburg and the surrounding vineyards.
Whether it’s the oldest part, the historic manor house, or the modern Refugium, Steinburg Castle Hotel remains a favourite when visiting the beautiful small city of Würzburg and the surrounding wine country.
Silvaner is the leading grape variety in Germany’s Franconia wine region with around 25% of vineyards planted to this aromatic white wine variety. And the largest Silvaner winery in the whole world is located right in the heart of Würzburg.
Towering high over Würzburg the stunning Marienberg Fortress was built on the site of an ancient celtic palisade castle and visible from nearly any point of the city.
Würzburger Residenz, the former seat of the Princely Bishop of Würzburg to list of UNESCO World Heritage Sites in 1981 as only the third building in Germany listed. One of the most important baroque complexes north of the Alps the palace was completed in 1744 after 24 years of construction.
Loading Comments...
%d bloggers like this: