Back in the city that I called home for eight years; and what a change a few years can make!

Ten years ago when I was living in Milan, I wouldn’t have recommended the city as a top travel destination. Of course, there were always many nice places. The cathedral is nothing short than stunning and if you like the opera, the Scala, Milan’s world famous opera house, is a must. However, on balance, Milan was predominantly a place to make business. Not one you enjoyed as a tourist.

Not anymore. As I walked down the streets I knew so well, I was captivated by a new rhythm and liveliness the city was oozing out like never before.

The main reason for the change, according to the local, was the 2015 World Expo that took place in the city. Though I doubt this is the only reason. In fact, plans to regenerate Milan have been around for a long time before Expo. But the event did certainly help to kick off many new projects, and the city as a whole has greatly benefited.

Between old and new, here is my ‘must do’ list if you plan to visit Milan.

Milan’s gothic Duomo is one of the largest cathedrals in the world. It is a stunning piece of architecture that took nearly six centuries to be built. Each of the buildings’ about 135 spires is topped with a stature, referring either to important people in the city’s history or personalities from the bible.

From the rooftop, that you can reach either by elevator or climbing up a steep staircase, you have an incredible view over the city and beyond. Make sure you come early in the day, as the crowds lining up to go to the top can get incredibly large.

A few steps away from the Duomo, Galleria Vittorio Emanuele II, one of the world’s oldest shopping malls, is another piece of impressive historic architecture that was completed in the late 1870s. Today the Galleria hosts several luxury shops along with a number of bars and restaurants, some of which have been here almost from the opening of the building. 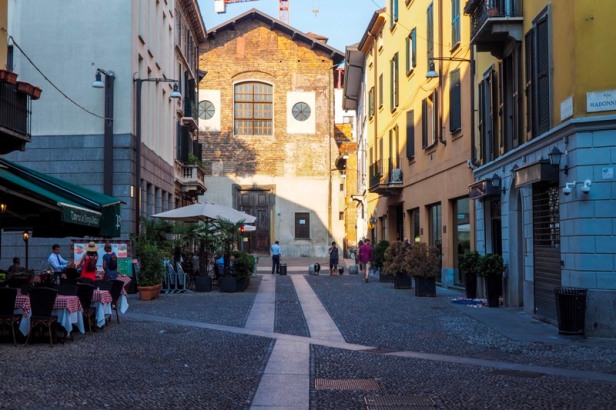 Only a short distance from the city centre, the Brera district with its small cobble-stoned streets and many small art and design boutiques, bars and restaurants has always been a favourite of mine.

The Pinacoteca di Brera (the Brera art gallery) right at the heart of the district is home to a number of Renaissance and Baroque masterpieces along with several of Italy’s more modern artists.

The area is particularly busy during the evening hours when the bars and restaurants fill up with visitors, first for aperitivo and later on for having dinner. Food here is usually good, especially if you go for the classics (pizza and pasta). However, during my visit I have seen more restaurants in the area advertising tourist menus than there used to be in the past, so a bit of caution is in order.

Located to the south-west of the city centre, starting just behind Porta Ticinese, the Navigli area is another long-time favourite spot of locals. An up-and-coming area for some time, it has clearly made a significant leap recently.

Today, the riverbanks along the Naviglio are lined with ice crème shops, bars and restaurants whilst the small alleys leading away from the water are abuzz with small art galleries and design boutiques.

While the Navigli area is busy at any time during the day, with people strolling along the water or sitting in one of the many cafes, it gets the most busy in the evening when the crowds arrive for aperitivo.

Being in the fashion capital of the world, shopping (or at least window shopping) clearly has to bon your to do list. Most of the high-end fashion labels are located within a rectangle (quadrilatero) formed by the famous Via Montenapoleone, Via Manzoni, Via della Spiega and Via Sant’ Andrea.

Many more shops can be found on the streets directly around the main fashion quarter. Indeed, it will be hard to not find any existing fashion label not present somewhere in Milan. 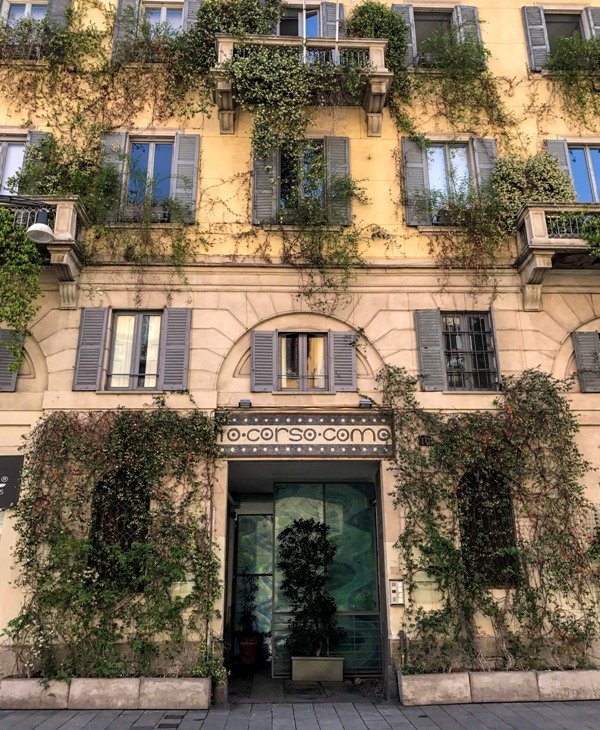 Speaking of exiting shopping experiences, shopping or at least browsing Milan’s hippest fashion and design shop is a must too. It is located – you guessed it – at Corso Como number 10.

Today Corso Como is a pedestrian area (it was open to car traffic when I lived in Milan and navigating your way around there could be quite nerve-wracking), located close to the Garibaldi train station and the new, modern Porta Nuova area. Corso Como 10 itself opened in 1990 and since has always been an institution in the Milan community. It still lives up to its fame.

The whole Garibaldi area actually benefits a lot from recent construction. Finally, the city is displaying stunning contemporary architecture. Leading up from Corso Como and just opposite one of the city’s main train stations, Stazione Garibaldi, the Unicredit towers now form a spectacular skyline. 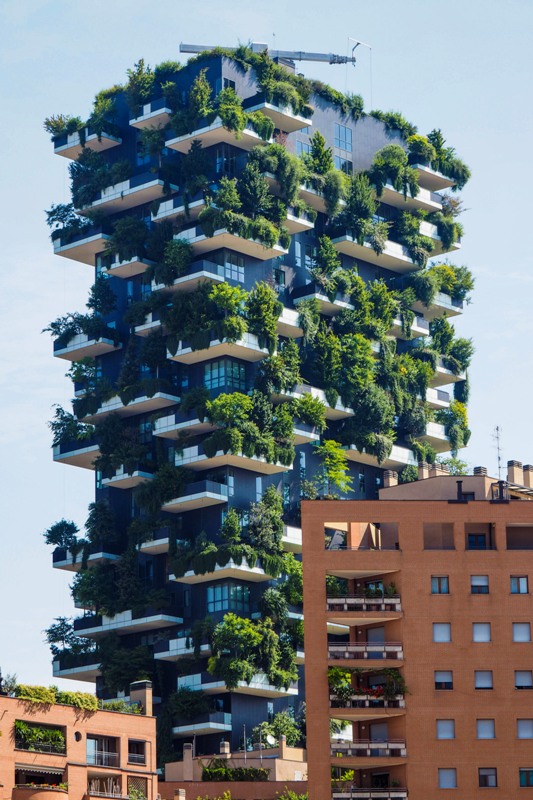 A few steps behind you will find the Bosco verticale (vertical forest) residential towers. The two structures feature around 900 trees. For someone who is working in real estate in my day job and an active supporter of sustainable and resilient urban landscapes, these were a must-see during my visit. The trees do not only mitigate smog and produce oxygen, they also help moderate the temperature within the building. And the towers really look awesome.

Unfortunately, I had no time left to explore Milan’s new restaurant scene with only a few hours of free time around a business trip that brought me to Milan this time. But it’s on my list for the next time (and I now firmly intent to be back soon).

But I absolutely had to pass by two of my former favourite food-locations.

Panzerotti Luini is the ideal place for a quick lunch break while exploring the city. It’s one of the most iconic places to eat out, heavily frequented by large local crowds on weekdays, dropping by from the nearby offices. There are no tables, food (and food here means panzerotti only) is sold through a shop window and eaten on the go. Panzerotti Luini is located in Via Santa Radegona, just behind Galleria Vittorio Emmanuele. And in case you wonder what panzerotti are, they are fried dough parcels that historically are filled with tomatoes and mozzarella. Today, you get panzerotti with a large variety of fillings.

A second long-time local staple in delicious food stores / take-outs is Peck, in via Spadari, just a few steps away from Piazza del Duomo. The shop also sells ready-made food, and there is a restaurant at the first floor (Al Peck) and another one just a few metres away from the shop, both usually full with locals during the weekday office lunch hour.

Have you been to Milan lately? I’d be curious how you liked the city.

The most beautiful wine village in Franconia? All of them are so amazing, it's hard to tell. But Sommerhausen was definitely a favourite. One of the smallest in the region, it has so many stunning corners, like this litte gem.
There is truly no shortage of stunning fairytale-like sights in the German countryside.
Franconia might be Germany’s third largest wine growing region, looking back at more than one thousand years of winemaking. Yet it is perhaps one of the most overlooked internationally.
This is one of my favourite fall pasta recipes. Fast, healthy, and delicious these creamy mushroom tagliatelle are on the plate in less than 30 minutes.
With more than 20,000 castles in Germany, there is plenty to chose from. Definitely was in love with the stunning Marienberg Fortress towering over the city of Würzburg, especially its many hidden corners.
Small but beautiful. Don't miss the lovely Fürstengarten (princes garden) at Marienburg Fortress, along with the stunning views over Würzburg and the surrounding vineyards.
Loading Comments...
%d bloggers like this: