This small city in the northern part of Portugal made it on my travel list merely as a stopover for a trip into the Douro Valley. As for Porto itself, I did not really expect much and therefore did not plan or research ahead at all.

Oh well, I should have known better!

Once I set foot into the city – or rather settled down on the terrace of our hotel overlooking the historic Ribeira neighbourhood (an UNESCO World Heritage site) on the other side of the Douro river – I was completely captivated by the charm of this city.

Portugal’s second largest city is both vibrant and easygoing. Though it has a metropolitan population of around two million, Porto itself only counts around 300,000 inhabitants within its traditional boroughs: Ribeira, Baixa and Miragaia. Its small size makes it a perfect place to be explored by foot.

So what should you planning to see and do in Porto? 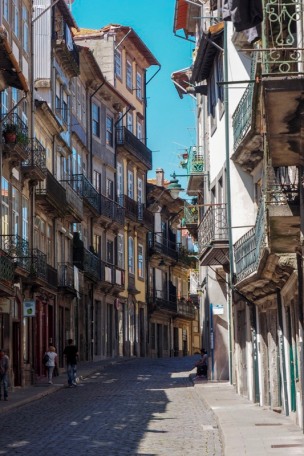 To start with, it’s already an absolute delight to just wander up and down the city’s steep hillside streets and take in the beautiful old colourful buildings, baroque churches and charming squares, and off course the breathtaking views over the rooftops and the Douro river. 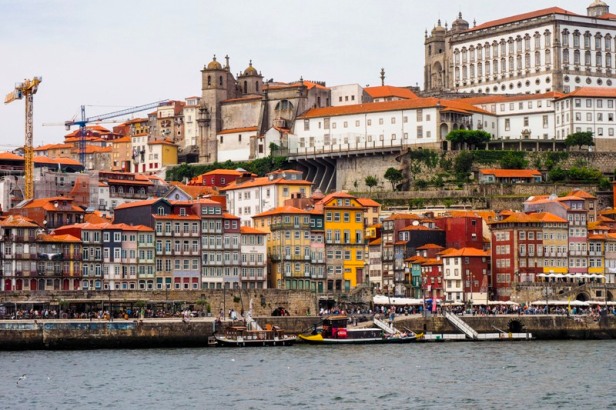 Along the river at the foot of the medieval Ribeira neighbourhood you will find plenty of cosy little wine bars inviting to sit down, have a sip or two, munch on some tapas (locally called petiscos) and just take in the bustling activity along the river bank, with music late into the night.

As in many other cities and towns in Portugal, you will find the beautiful famous Portuguese azulejos (tiles) everywhere throughout the city. Definitely make a stop at Porto’s Sao Bento train station (the city’s central train station) which is acclaimed for its blue and white tiled entrance hall. 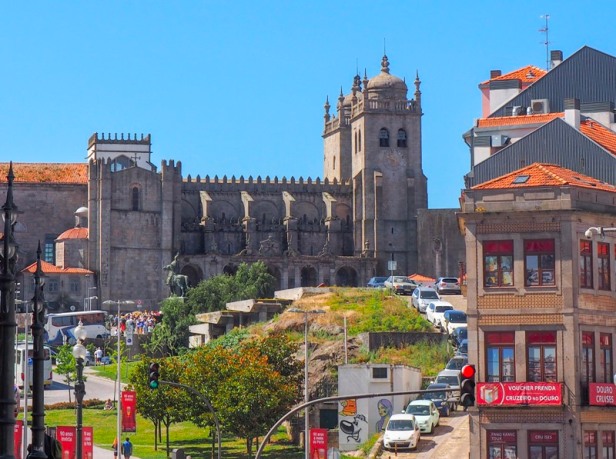 From the train station, it is only a short distance to Porto cathedral, one of the oldest monuments in the city. It was built throughout the 12th and 13th century but underwent further structural changes in the following centuries, which makes it a mixture of styles. 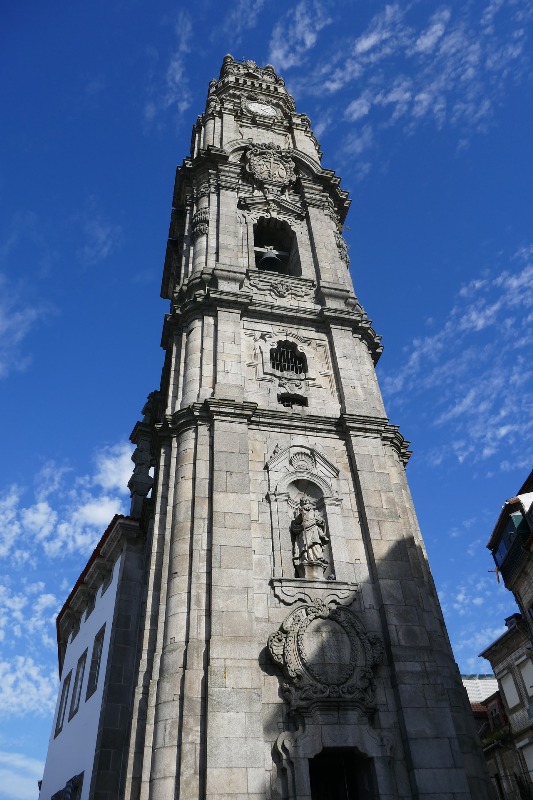 The highest you can get in Porto is Clerigos Tower. The 225 steps up to the top will reward you with a 360 degree view over the town. 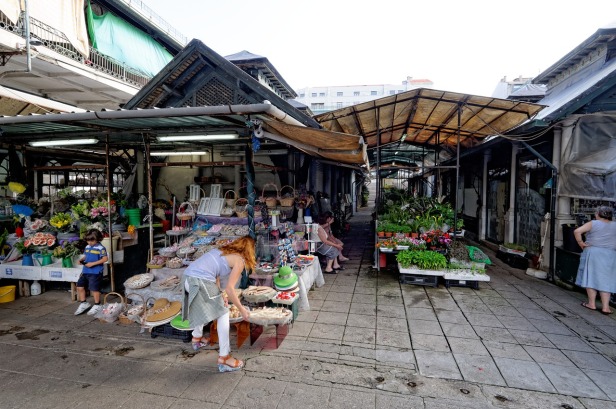 If you can’t stay away from exploring food markets (I certainly can’t), Bolhao market (mercado do Bolhao), a beautiful 19th century covered market, is an absolute must. It is rather smallish, which should not surprise considering the small size of Porto itself. Yet the market offers everything from fresh fruits to vegetables, cheeses, cured meat, seafood, flowers, textiles and ceramics. And of course port wine. 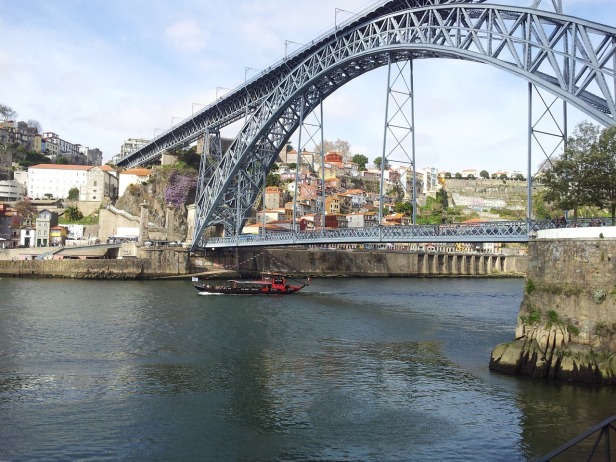 The Dom Luis I steel bridge was inspired by the design of Gustave Eiffel, although he did not himself built it as it is often claimed – but he actually built another of Porto’s bridges though, the Ponte Maria Pia). As for the Dom Luis bridge, it is open for cars and people to walk across on both of its two decks. Other than connecting Porto with the port wine neighbourhood Vila Nova de Gaia, the bridge offers fantastic views of both cities.

Take a cruise on the river 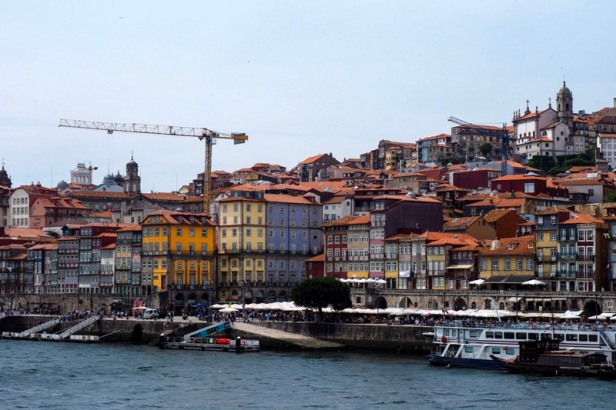 If you want a different view of the city and its bridges, than take a cruise on the Douro River. The ‘six bridges’ round trip offers beautiful views of Porto gliding by. It also passes the six bridges which connect the two river banks of Porto. Traditional rabelo boats depart from the riverfront at the foot of the Ribeira district. Go early if you want to avoid the masses.

Porto of course is the home of port wine. For some (or plenty) of port wine tasting, head over to the Vila Nova de Gaia neighbourhood at the other side of the river.

All the historic port wine producers still operate cellars here also several have started to make and bottle their wines directly in the Douro Valley (where the grapes for port wine are grown). This was different in the past, when the grape juice had to be shipped to Vila Nova de Gaia, where it was transformed into fortified wine (port) and slowly aged. You can still see several of the old rabelo boats that in the past were used for the transport of grape juice from the Douro Valley lying ashore along the riverfront of Vila Nova.

From the around 80 port wine cellars in Vila Nova de Gaia around twenty are open to visitors. These include all the traditional port wine houses like Grahams, Sandeman, Tylor, Offley and Croft. All offer guided tours through their cellars where you can learn about port wine making and take in the selection of old wine, some of which date back to the 19th century. All tours will end with a port wine tasting. If you prefer, you can skip the cellar tour and head directly to the tasting room.

Go on a day trip to the Douro Valley 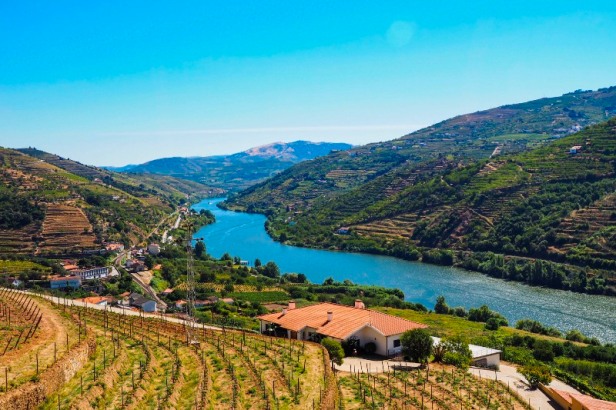 No visit to Porto is complete without a trip to the Douro Valley, Portugal’s acclaimed wine growing region. It is easily one of the most beautiful wine regions in the world I’ve seen and was named UNESCO World Heritage site in 2001.

The Douro Valley is only a one and a half hour drive from Porto and renting a car in Portugal is fairly economic. However, if your want to include some wine tasting, driving might not be your best option. In particular as some of the roads you will have to navigate to reach the wineries can be quite narrow, steep and sometimes unpaved.

Therefore, consider taking the train (departing at Sao Bento station) to Regua or Pinhao or go by boat on the Douro river; or possibly even combine the two. Once you have arrived at your destination in the Douro Valley, many Quintas (as the wineries are called in Portugal) are only a short ride away.

However, most quintas require appointments if you want to visit. So your best option perhaps is to join an organized day tour. These will usually involve a small group of six to eight people plus a tour guide doing all the driving for you. Tours will usually stop at two or three wineries, get you to have a typical lunch at one of the small towns in the valley, plus an optional one hour Douro river cruise on board an old rabelo boat.

Have you been at Porto yet? Let me know about your experience.

One thought on “What to do and see in Porto”