Driving on R62 from Robertson through Montagu, Barrydale and Calitzdorp towards Oudtshoorn in the Klein Karoo Valley, the scenery around you is slowly transforming from the lush green rolling hills of the Western Cape Winelands into a sweeping open landscape of still fertile grounds that nevertheless are starting to resemble the arid, semi-desert of the Great Karoo further inland.

Whilst most South African road trips include Kruger Park, Johannesburg, Cape Town, the Western Cape Winelands and the Garden Route, the Klein Karoo is a place that fewer visitors have on their radar. 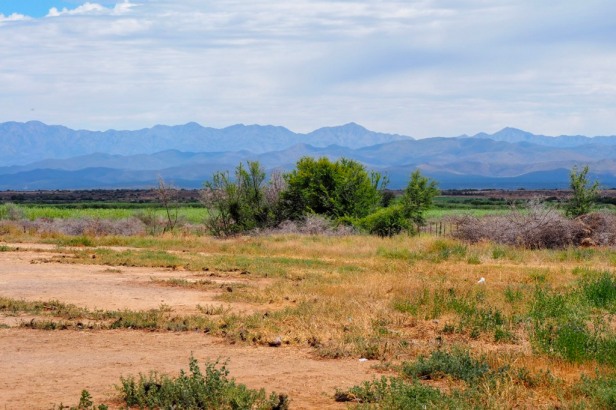 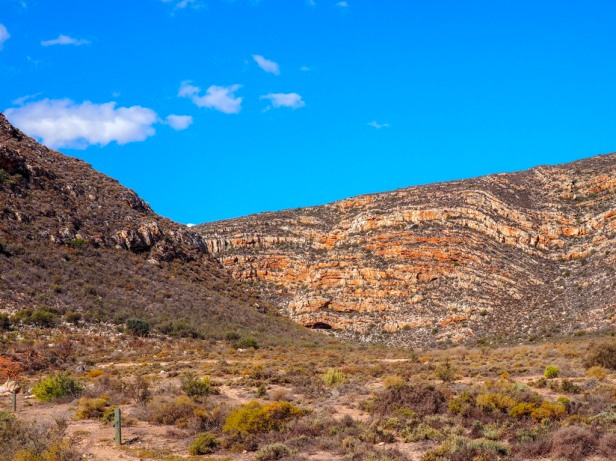 Which is actually a shame, as this area is well worth being explored. Only a short drive off the coast, surrounded by the imposing Swartberg, Langeberg and Outeniqua mountain ranges, it boasts a vastly diverse landscape with intriguing wildlife (including all of the Big Five) and a huge number of different plant species. Indeed, the Klein Karoo actually forms part of the Succulent Karoo Biome and is recognised as one of the top 26 areas in the world for biological diversity! 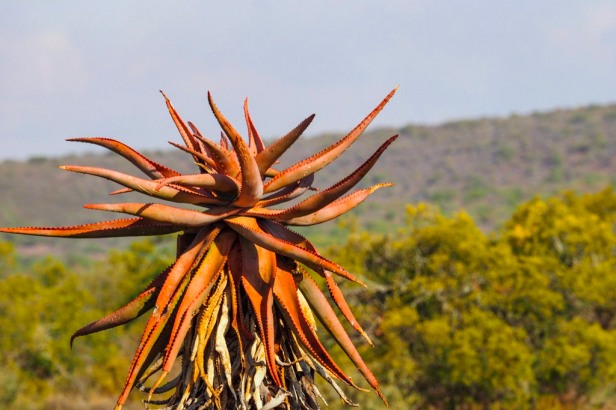 This is really a quite special part of the world and I never stop being amazed by the intense blue sky and the changing shades of the earthy green and red colour scheme changing according to the time of the day. 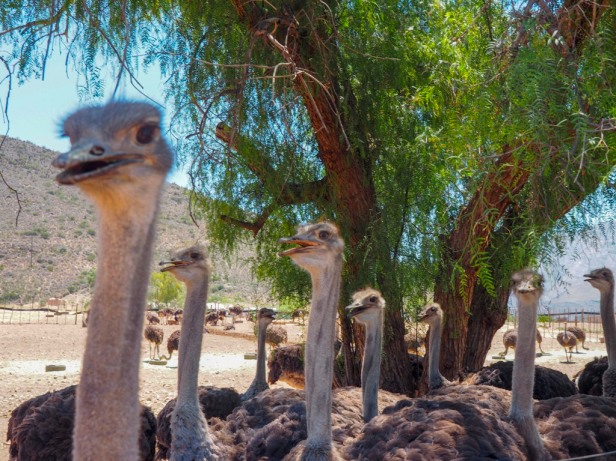 The Klein Karoo is particularly well-known for its large number of ostrich farms. Indeed, in the past ostrich were the valley’s main source of income. That’s why Oudtshoorn, its main town, is called the ‘ostrich capital of the world’.

Ostrich farms remain one of the main attractions in large parts of the area. Many are open to visitors and you can learn a lot about and interact with this huge, non-flying bird. That said, I am no fan of ostrich rides, or the obligatory photo taken of tourists sitting on the back of an ostrich. Don’t do it! These beautiful creatures are best observed when left to themselves.

Farms open to visitors will usually also have shops on-site selling various ostrich products, including ostrich meat. Though as a tourist is might be difficult to buy and conserve meat during your travels, the Klein Karoo is till a great place to enjoy all sorts of ostrich dishes. Ostrich meat is not only absolutely delicious, it is also one of the healthiest meats as it is low in cholesterol and fat whist it is rich in protein and iron. 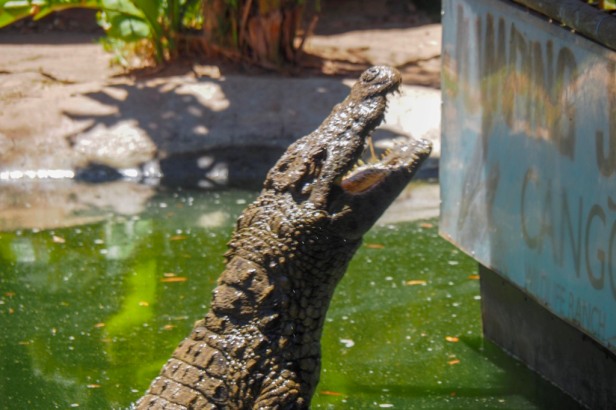 Just outside of Oudtshoorn, you will find Cango Wildlife Ranch, an animal sanctuary that is home to a number of endangered species such as cheetah and Bengal tigers. Another main attraction are the resident crocodiles. Indeed, the ranch originally started as a crocodile farm.

There are various opportunities to interact with some of the animals too, including the cheetah and crocs!

Located around 30 kilometres from Oudtshoorn (a 30 minutes drive) in the scenic Cango Valley is another of the area’s must see attractions: the Cango Caverns. Stretching over two kilometres into the underground, the caverns boast spectacular stone formations and stalactites formed thanks to over 20 million years of rainwater polishing and dissolving rock and limestone. 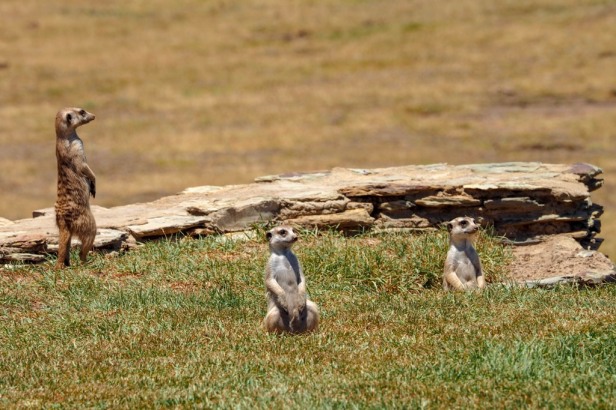 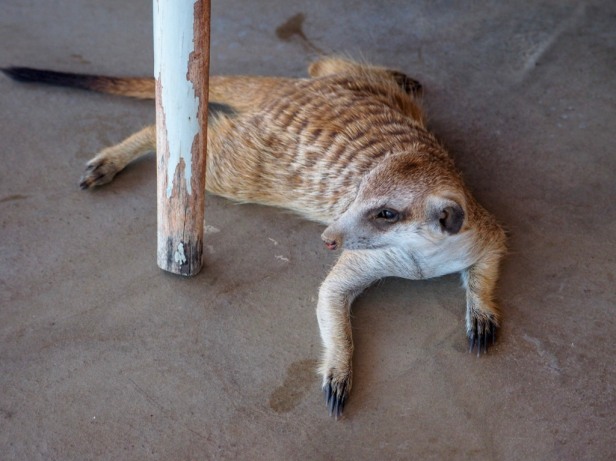 The Klein Karoo is also home to huge numbers of meerkats. Those cute little animals, who live in herds and make their homes in large underground tunnel networks, are known to be very shy. This makes it usually difficult to get close or just observe them for some time. Thus take advantage and go on a meerkat safari. You will have to get up early, as these excursions will start before down when most of the meerkats will come out of the tunnels.

Aren’t they too cute when they stand up?

If you want to get the opportunity to interact even more intimately with meerkats, at Madi Madi Safari Lodge, located in a secluded valley along the Kammanassie River some 30 kilometres outside of Oudtshoorn, you can meet up with a partly tamed meerkat family. Don’t expect them to get cosy (don’t try to pick them up unless you want to get familiar with their sharp teeth) – but at least they will not run off immediately; they might even come to visit you on your private terrace! 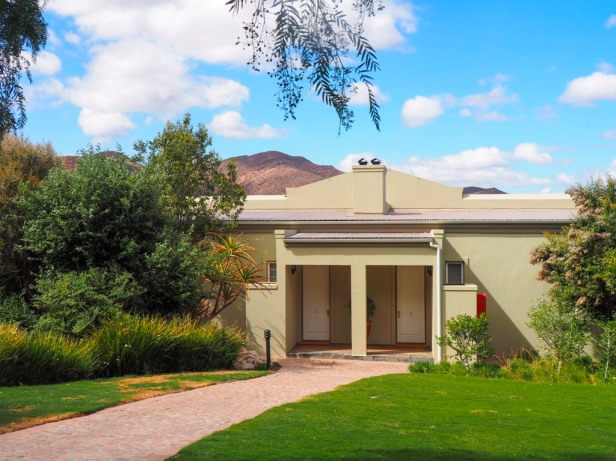 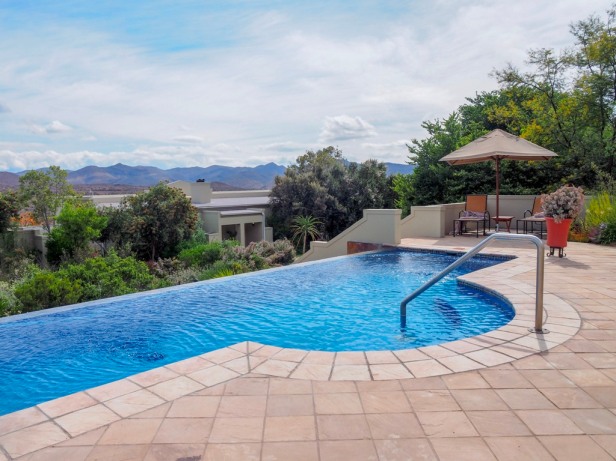 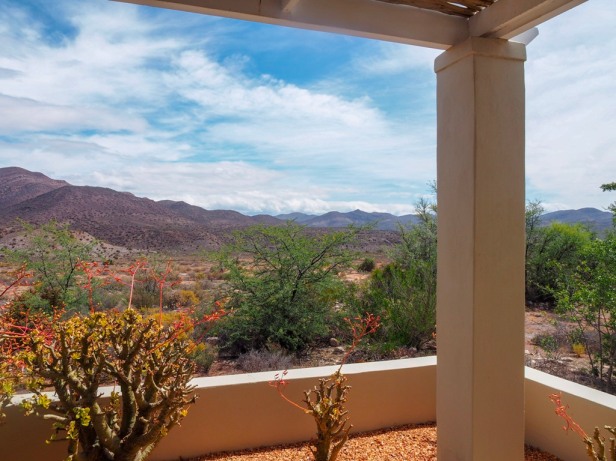 If you are instead keen to meet the Big Five, there are a number of other private game reserves in the vast Klein Karoo area that have them all, including Buffelsdrift Game Lodge close to Oudtshoorn and home to 20 game and more than 200 bird species, Sanbona Wildlife Reserve near Berrydale (picutured above).

The Klein Karoo also offers some of the most scenic mountain pass drives, including the picturesque 27 kilometre long Swartberg Pass, considered to be one of the most spectacular mountain passes in the world. It’s a drive not for the faint hearted though. Be prepared to zigzag up a steep gravelled road with some rather wired twists and turns to the heights of 1,583 metres above sea. Your rewards will be some of the most breathtaking views that you can imagine.

In case you wish to play it a bit safer, there are other intriguing pass drives including the Outeniqua or Meringspoort. 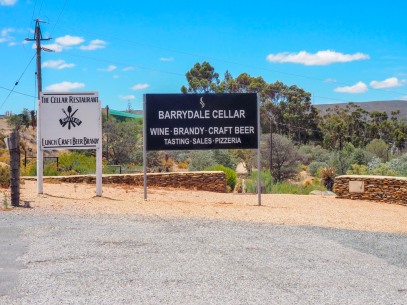 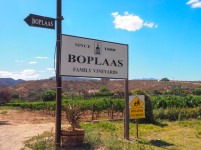 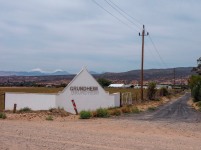 And believe it or not, there is also a Klein Karoo wine route. Stretching from Montagu to De Rust, this is probably the country’s least known one. Various different microclimates along with hot, dry summers and cold winters mean the Klein Karoo produces excellent yet hugely diverse wines. The area is in particular known for its excellent port-style fortified (sweet) wines and brandies.

Wineries are typically small, family-run businesses. Nearly all feature small tasting rooms / shops open to visitors on a regular schedule, and some even offer food. Expect them to be typically ‘old style’ venues, that allow tasting and buying wines, whilst not designed to invite guests to stay for longer.

When visiting, be aware the area has quite dry, hot summers but temperatures can drop sharply during the winter months.

Have you ever been to the Klein Karoo? Let me know about your experiences there.